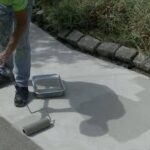 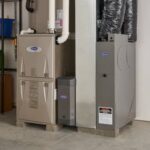 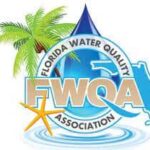 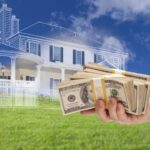 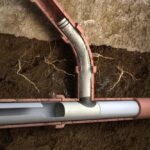 Pipe Dope vs Teflon Tape- Which One To Choose

Pipe dope vs. Teflon tape, which do you need? Pipe dope is a type of adhesive that is used to seal pipe joints. The purpose of the adhesive is to create an airtight seal between pipes and fittings while preventing corrosion from water or other liquids.

On the other hand, Teflon tape is a gasketing material that does not stick well when it’s new but can be removed and reused many times over time. Which should you use for your plumbing project?

Let’s compare both to know which one perfectly suits your needs.

What is Pipe Dope and its Utility

What is Teflon tape

On the other hand, Teflon tape is thin and flexible enough for use on any fitting or connection. It doesn’t have much adhesive power, so it won’t stick as well as pipe dope does, but it will prevent leaks just fine. It is made of thin strands of polytetrafluoroethylene (PTFE), which has many uses but is most commonly found as an insulator for electrical wire connections.

Pros and Cons Of Pipe Dope

Pros and Cons Of Pipe Dope

When and How to Use Pipe Dope and Teflon Tape

Pipe Dope is a thread sealant that helps prevent leaks in threaded connections. It’s used on the threads of male or female fittings, valves, pumps, flanges, and many other components. The most common type of pipe dope is anaerobic (doesn’t require air), but some do require air.

There are two main types of pipe dope: water-based and oil-based. Water-based dopes typically dry faster than oil-based dopes because they don’t leave any oily residue after curing.

Oil-based dopes cure slower than water-based ones due to their thicker consistency, making it harder for them to penetrate small spaces like those found on threaded joints.

If you want your joint to be as leakproof as possible, then go with a thick paste-like an oil-based one!

Teflon tape is often used on plumbing pipes as it provides a tight seal between two surfaces without creating friction or damaging either surface.

This makes it ideal for use with water systems where leaks could cause damage or injury. It’s also commonly used in electrical applications such as switches and plugs because of its low resistance properties, which prevent arcing during switching operations.

This tape is also used for lubrication purposes and as an anti-stick coating for various products like cooking utensils and medical devices.

1. Should I use Teflon tape on plastic fittings?

If you use Teflon tape on plastic fittings, it will not stick properly and could cause leaks over time.

The difference between the two is that Teflon tape has a much higher melting point than plumbers tape. This means it can withstand heat and pressure better, making it ideal for high-temperature applications.

Plumbers’ tapes are made of cotton and have a low melting point, so they should only be used in cold water applications. If you’re unsure which one to use, we recommend using Teflon tape because it will last longer under pressure and temperature changes.

3. Can you use Teflon tape on gas lines?

PTFE (Teflon) tape can be used for all of your gas line connections because it is made from a material with an extremely low coefficient of friction, which means it won’t stick to itself as easily as other tapes might.

4.Can you use Teflon tape on plastic threads?

Teflon tape is used to seal threaded connections. It can be used on plastic threads, but it’s not recommended because the tape will degrade over time. We recommend using PTFE thread sealing tape instead if you are looking for an alternative that won’t damage your plastic threads.

5.How much Teflon tape to use?

Teflon tape comes in different widths and thicknesses depending on your application. The thicker it is, the more durable it will be against weathering or other types of wear and tear over time. If you’re wondering how much Teflon tape to use, we recommend 1/2 inch wide for most applications.

Which is better- Pipe Dope or Teflon Tape? The Final Verdict

Pipe dope and Teflon tape are used to seal threaded connections in plumbing. Each product has its unique benefits, so it’s essential to understand their differences before making a purchase.

If you want a strong connection that won’t leak over time, then pipe dope is the better option for you! It provides an airtight seal that can last up to 50 years if properly applied and maintained.

Teflon tape does not have the same long-lasting capabilities as pipe dope because it may dry out after several months or even weeks, depending on factors like humidity levels in your home or office.

However, if you don’t need such a strong seal with your plumbing connections, then Teflon tape might be more suitable for your needs since it is much cheaper than pipe dope.