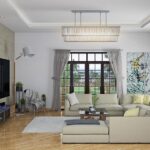 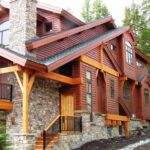 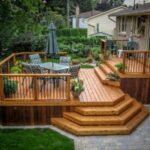 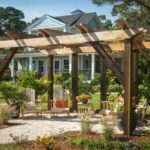 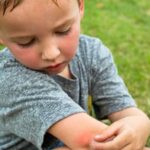 Smoke Alarm Beeping 3 times But No Smoke? Solve the Issue in An Instant

Fire alarms are an essential feature of every household. It keeps loved and dear ones safe and prevents almost everything you love, and your favorite place-home from burning down.

However, no one is a fan of false alarms since they can trigger real panic and chaos. Oftentimes, smoke alarms beep 3 times even if there is nothing set aflame. This causes severe inconvenience to the users and leaves them clueless as to how to fix this problem.

Not to worry, this article will save you from distress. Dive in to learn the probable reasons why your alarm is beeping thrice without any smoke and learn how to counter the situation.

Reasons For The Smoke Alarm Setting Off

Your smoke alarm may beep thrice due to the aforementioned reasons:-

Settling dust into your fire alarms is one of the foremost causes why you are encountering this issue. Since dust is received by the alarm in the same way as it perceives smoke, this leads to the beeping of the alarm.

Years of dirt and debris gathered into the alarm can make it sound even when there is no actual fire.

Coming out of the bathroom after a warm shower can cause the alarm to ring as well! Because of the steam in the air, that is. The mist that follows you out of the restroom may waft into the smoke alarm, causing it to beep thrice without any potential fire hazards anywhere near you.

The temperature difference sets the alarm off in this case, due to the heat sensors present in the alarm.

While cooking, the sensitive fire alarm may start to beep as if a fire has broken out or even before there are any visible signs of smoke. This mechanism is usually observed in ionization detectors, which signal the probability of fire before there is smoke.

A valid reason for why your alarm is beeping aimlessly may be that its end days are near or that some part of it is broken.

Good quality and standard models come with a stamp that clarifies the expiration period. If the time is close, the malfunctioning of the alarm should not come across as a surprise.

It may altogether be possible that the smoke alarm isn’t mocking you after all. It may even beep 3 times because fire has in fact, come to life somewhere in your abode.

If you are unsure whether or not the alarm is false, it is strongly recommended to call the fire department and not become all heroic and search for the area set to flames on your own due to obvious life threats.

Let’s Shush This Menace, Shall we?

To silence their blaring siren, the simplest way to undertake is to press one of the buttons present in front of the sensor, which may be termed as reset, test, or silence, in various alarms.

Pressing and holding the button for several seconds will do the trick and stop the thing from beeping.

How to Get Over This Issue?

Solve this annoying beeping using these simple and do-it-yourself methods.

For Steam And During Cooking:

If you encounter the alarm sounding due to these situations, simply wave something like a book or a hand fan in front of it to clear any amount of steam or smoke from cooking that was setting the alarm off in the first place.

Setting the alarm at a place where it may not influence vast temperature variations is another good idea to prevent the alarm from blaring.

If your smoke alarm is not very new, you must clean it to stop it from beeping unnecessarily.
Compressed air cans can make this task very simple.

Follow the given steps to get rid of any dirt in your alarm:-

1.) Remove the alarm from the wall bracket, disconnect it and remove its batteries.

2.) Let the air from the compressed can flow into the smoke alarm through the front sensor orifices. You observe some dust coming out of the device.

3.) After thorough cleaning is done, replace the batteries, put the wiring clip in place, and mount the smoke alarm back to its former position.

This would make the interior of your alarm squeaky clean and not only prevent it from beeping without a reason but also improve its receptivity and performance during a real hazard by leaps and bounds.

Replace the Alarm or its Nonfunctional Component:

If your fire alarm has exceeded its timeline, know that you must change it and bring home a new, fully functional smoke alarm.

However, if the product is far from expiration and experiences dysfunction of some part, the component should be replaced to restore normal functioning and stop it from beeping without smoke.

Putting in a set of new batteries into your alarm can stop it from blaring inappropriately and give you back a smoke alarm that beeps only when a threat is near.

It can be quite frustrating to hear the smoke alarm beeping without a solid reason time and again. Not only will this make the mechanism less reliable and casual, but it may also come in the way of the alarm’s actual functionality.

Thus, it is of utmost importance to cure this problem and eliminate it from the root to avoid any further complications. Through this article, you get a clear picture of why the alarm beeps the way it does and how you can bring it to a stop.

FAQs
What is the lifespan of a smoke alarm?
A smoke alarm works well for 8 to 10 years, give or take. The exact life depends on the model installed at your place. However, it may break down earlier if it is not taken care of or maintained nicely enough.