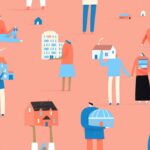 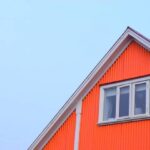 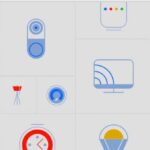 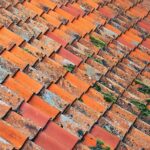 The custom-made drainage system had a ton of disadvantages. People using it certainly had a discharge point in their flowerbed or lawn.

This undoubtedly leads to land erosion, leaving your land barren and not so useful for you now. Further creating problems of waterlogging, making mosquitoes breeding in ground which is a huge concern for your health.

To avoid failing your health, we have got a great solution to save your time and money.

A pop-up drain emitter is the best solution to all your problems. Many of you must have encountered the problems accompanied by draining water.

Why Should I Replace My Drainage System With A Pop-Up Drain Emitter?

That’s why a sober cleaning alternative has been brought to light, that is, the pop-up drain emitter which indeed diverts the discharge point.

The reason, pop-up emitters on rooftops have a catcher or a gutter that holds up water that flows into the downspout.

Well, the upholding water gets submitted to a distance from the house. Keeping the basement dry and undamaged.

A pop-up emitter releases the water in a safe disposing place and surroundings with the user’s will.

It’s an easy installation product, and the most surprising part of this is that the stream of water passing through this doesn’t hold up a fast and bursting flow.

One must have a pop-up drain emitter as it avoids clogging and doesn’t hold up any dirt or debris, which leads to seasonal clogging in typical drainage systems. Getting rid of such debris is undoubtedly tricky.

Working Of The Emitter

Yes, it’s completely safe to switch to a pop up drain emitter, and also in addition to this, it has hydrostatic pressure, which means the lid covering and shutting it will remain in its place, and the need of moving a lawnmower over it is almost over.

Many of you must have got a thought. How deep can we bury the emitter in the ground to save safe use? Sixteen inches are considered enough for working securely.

Does it come without any problems?  No, it has its problems, but none of them are much attention-seeking or unresolvable.

All of them have reasonable occurrences. Awareness of such issues can help you prevent them from happening. None of them have many money-seeking problems.

Be Aware of Problems of Pop Up Emitter:

Pop-up drain emitters have a few issues to be aware of.

In winters, heavy cold and a low temperature can result in freezing of emitters that are considered quite normal. Sometimes, the snow rigidly stuck on the rooftop left underneath it can also lead to freezing the emitter as soon as the temperature goes down.

This should be noted and taken care of to avoid unnecessary inconveniences.

Due to high water flow, the lids are opened forcefully, but the nucleus of breaking the lid is a sudden unfavourable encounter with a lawnmower.

But a good lookout would be more than enough to protect such mishaps.

Pop emitters are not familiar with these types of content otherwise, but if gutters are not cleaned properly or left with dirt and debris, they will start clogging.

But these pop-up emitters don’t allow the entry of debris or surrounding dirt.

Multiple Ways Of Fixing Such Unneeded Issues Related To Emitters:

A little bit of examination of these problems is good to understand the hidden solution.

Firstly the placement of the gutter extension should be done correctly. The positioning of the pitch should be based on the length of the tubes; this will give a straightforward way for water to flow than to stand out when the temperature drops or is too high.

Or else one can install a heat cable to keep the temperature preferably warm for the emitter and water.

Rather than this, one can disconnect the system in winters and be buried deep down to avoid freezing.

But as a reminder, don’t forget the more you bury it, the more water it will need to flush out of it.

First and foremost, it should be adequately cleaned from the edges as there are a ton of leftovers hanging around it that should be cleaned out, and a new lid can be installed quickly and leisurely. Also, the waterproof tape will make it safer and durable.

As you know, it doesn’t allow any debris or dirt to enter it but can still be taped and sealed with them in the entry or exit points when you realise a malfunction is happening around your stroke with the only problem that is clogging.

Whenever such situations arise, clean the entry and exit points and flush any extra debris. If you suspect any debris lunging between the pathway, do give it a cleaning session with water to give it the space to run out of the system with the help of water flow.

Cleaning these points is essential to have a durable system.

If There Is Any Damage, What Should Be My Participation In Repairing It?

It happens once in a blue moon when an emitter is damaged and needs to be replaced or repaired depending upon the damage caused to it.

Firstly one gave to take the grass off and dig up to get the emitter off the ground. The next step would be repairing or replacing the emitter. Around intercepting with the slope as it can affect the working of the emitter.

Sometimes spring-loaded pins pop out and release water when the pressure inside sets place due to over-storage of rainwater. It’s essential to occasionally clean out the drainage system to avoid meeting with such misshapes.