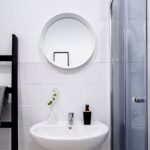 Should You Let Home Contractors Use Your Restroom? 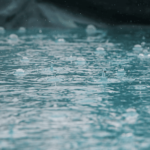 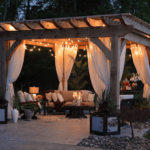 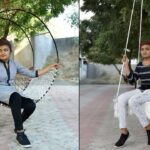 10 Ways To Add Swing Jhoola In Your Home 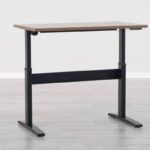 How To Choose A High-Quality Adjustable Desk For Your Home

How To Unclog a Plumbing Vent Without Getting On the Roof

Are you too suffering from a bad smell in the house, slow toilet flushing, Gurgling sound from the drains or inability of air to pass away from the toilet piling suffocation and heat in the restroom? Well, you are certainly right! These all are symptoms of clogged plumbing vents.

Without a doubt, wastewater leaves hazardous gasses and odors in the house and the formation of the clogs is a result of leaves, dead birds, snow or stocking of objects in the middle of pipes including cricket or tennis balls.

As a clogged plumbing vent won’t allow air to pass through, the water remains still in the plumbing system and the result is what you are facing exactly. Ignoring vents to clean and might encounter problems including overflowing drains.

Therefore, it becomes essential and mandatory to clean the vent once every six months to avoid drastic effects. The article is all about how to unclog a plumbing vent without getting on the roof and further provides you with cautionary methods that will help you keep your space clean and tidy, so read the article till the end.

3 Important Reasons For Why Vent Gets Clogged?

Before moving on to how to unclog a plumbing vent and look at precautionary methods, it is essential to understand why a vent gets clogged. Some of the most common methods are listed below:

Drainage systems and vents need to be installed properly by an experienced person as pipe size varies on usage. Even if pipes are installed by a professional and still there is a difference of even one-quarter inch, then probably the space could be consumed by dust, debris and other voluminous particles that lead to clogging.

Even when some small leaks or corrosion, if not repaired timely, can cause damage to your plumbing system. Hence, the sense will enter your home or living space, causing damage to the drainage system.

If you are living in a cold temperature, the majority of times, this could be because of your situation Vent pipes are frozen due to cold temperature. This blocks the stack as vapors which it creates an imbalance of pressure in the drains and water gets socket out, resulting in clogged plumbing vents

How To Unclog The Drainage System Without Getting On The Roof

To unclog the plumbing vent follow the instructions given below:

1. First, examine the vent pipes by standing outside of your house and then climb the attic to locate the exact clogged vent. You need to remove the debris by using the water pressure with the help of a garden hose, or you can use an auger to remove the blockage.

2. Now, with the help of a hacksaw, cut the section of pipe only if you have PVC vent pipes and allow the auger to fit and go downwards to break the clog. Make sure to cut the larger section so that the auger can fit into the pipe.

4. Additionally, be careful while removing the portion of the vent pipe as there are chances to have breakage within the drain system. You need to fix the hole with the help of PVC couplings to prevent any further leakage.

5. On the open ends as well, apply PVC adhesive, make the same diameter of the coupler as well as make it long enough to seal the gap.

Melting Ice From Inside:

When you are facing the problem of clogged pipes in winters, never climb on the roof with slippers as there is a risk of falling, instead of climbing you can melt ice from the attic.

Heat tape: To keep your pipes warmer in the attic, you can add heat tapes to the pipe to release snow buildup.

Hair dryer: You can melt your ice without creating so much heat or with the help of a hair dryer, as it has the perfect heat temperature to melt down the snow which can reduce the chance of damaging the pipes or catching fire.

Insulation: To reduce the risk of building up snow you can insulate the pipes inside the vents to keep it warmer.

When To Call Plumber:

You can call the plumber if you can’t perform the whole process or remove the blockage from inside. The plumber will have access to the attic and will clear the blockage, along with making sure that your system is working properly.

How to Prevent The Plumbing Vent:

A plumbing vent can operate for a longer duration only if there is proper maintenance and requires regular care. Pipes need to be cleaned so that there is a proper flow of water. There is no other alternative method that could be used to enhance plumbing vents.

Hence, it should be cleaned regularly despite the weather conditions to ensure that the air should pass freely and no waste material should be stuck inside the plumbing vent.

Should Vent Pipes be Covered?

There is no need to cover pipes. Covering air pipes would restrict the airflow which should not happen even in the worst case as it is the sole reason for clogging.

Yes, clogged vents are dangerous. They not only make the home smelly but also cause several unhealthy problems and spread diseases.

With the help of a step-by-step guide, I hope you will be able to remove the clog from the plumbing pipes. In addition, do not forget to follow some of the preventive measures as they can not only increase the life of pipes but also help you in saving multiple bucks.

Even if with these procedures, the unclogging isn’t possible, then certainly time you should call a plumber.